Build a side business to boost your personal and professional growth – and get paid to do it:

TB#10: Staying Consistent with your Side Business until Launching It 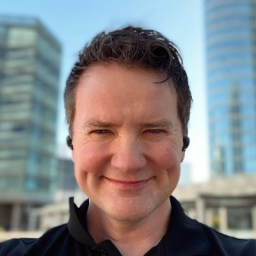 I see this around me all the time.

People get excited about building online (which they should). And more often than not, the reason is money.

They start a social media account or many, publicly state they’re building the next big thing, and start putting in the work. At least for a bit.

Some do that for weeks. Some for months. But I’ve also seen people who quit after 3 days.

It’s a rare individual who sticks to it.

The three primary reasons for quitting before seeing any meaningful rewards are:

And sticking to it is the only way to get to the finishing line.

Today, let’s talk about how to guarantee you get there eventually:

Figure out Better Reasons to Build

This one tackles the first two in the list of why people fail.

The dream of making money fast gives you a nice little dopamine kick. It might carry you forward for some weeks, in some cases, even months. But it won’t last.

Because it’s unlikely that you will make money fast.

If it were likely, everyone would build.

There are better reasons to build than money.

A few of my personal favourites include:

Build a Routine (even if it’s not a Routine)

But a routine doesn’t have to be restrictive. As long as you can make a decision to devote some time each day to building, you’re good.

And by routine, I also don’t mean something like a morning routine done religiously right after waking up, religiously every single day.

Instead, anchor your building slot to something. It can be literally anything.

I, for example, have developed a habit of building every day right after I’ve checked all my emails and put down the fires that appeared last night. Putting down those fires sometimes takes no time at all, and sometimes it takes 3 hours. So my building slot “lives” according to my other tasks every day.

It’s an anti-routine of sorts, not fixed to a time or place. But it’s a routine nonetheless.

This guarantees consistent progress toward a direction.

And when you have a direction, you must have a…

Clear Understanding of “What is Ready”

This is something most don’t realise. Building online is as fascinating as it is tricky.

There is no “ready”. You can always add something. It’s all digital. The play dough doesn’t run out.

There are always ideas, knowledge, and shiny things out there you will want to include in your project.

Resist this temptation at all costs.

As you get closer to launching it, you’ll start getting scared. It’s easier to keep adding than release it out there, to be judged by people.

Make sure you have a solid understanding of what “being ready” means in your project.

Then fix your eyes on that.

And when you get there, stop.

So how do you get there?

You Just Keep at it

All you have to do is keep at it, and victory is assured.

You know the small things you need to do daily.

And you know when to do them.

And you know the finishing line.

Learn to resist the shortcuts…

…and the recipe is ready!

This is the long game you must be playing.

Do that, and how could you possibly fail?